Jason Dixon is a composer, performer, programmer, sound engineer, and educator based in North Wales. He explores the relationship between art, society and technology (in the broadest sense) through composition, performance and writing.

Composer
His compositional work explores issues of language, perception and memory in music. More recently he has been focusing on the Irish storytelling tradition and its place in contemporary Ireland. As part of this, Seanchaí was premiered at the University of East Anglia in 2010. Featuring both ancient and contemporary texts, Seanchaí explores the traditional Irish storytelling tradition and proposes the contemporary Irish author and poet as seanchaithe.
Performer
He is a keen improviser, circuit-bender and SuperCollider enthusiast, performing regularly as a solo artist. Previous ensembles include the trio Lom, the duos Curious Collections, The Raw and the Cooked and JDTJDJ, and the network ensemble JackSon 4. Jason has also performed with the Belfast Legion for Improvised Sights and Sounds (BLISS) and primitiveFailed.
Programmer
Jason works as a freelance full stack web developer and has built websites for Fujifilm, Interflora, Yorkshire Tea and others. He enjoys creative uses of technology and specialises in websites/applications with highly interactive components. Programming also features heavily in his music making, his language of choice being SuperCollider.
Sound Engineer
He previously worked as a technician at the Sonic Arts Research Centre in Belfast and continues to work as a freelance sound technician and recording engineer in North Wales.
Educator
Jason has delivered undergraduate courses on various aspects of Music Technology and Composition at Queen's University Belfast and the University of East Anglia. Areas of expertise include electroacoustic composition, live performance with technology, SuperCollider, recording techniques/studio skills, circuit-bending and programming for the Web. 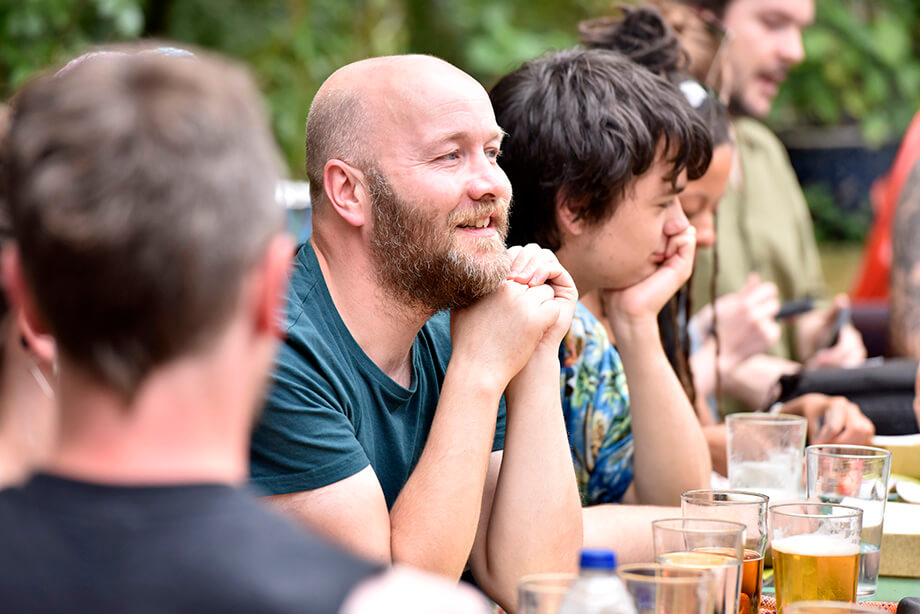